Named after the year that ‘Disco sucks’ and they we’re burning records in the streets, Romanian Andrei Idu, or ‘The Legendary 1979 Orchestra’ was infact born in the mid eighties. Now a resident of Utrecht Andrei is responsible for some of our most played edits on Dinner City Sounds. His new label ‘Legendary Sound Research’ (can you see the theme forming) seems to be going from strength to strength and his productions have earned him vinyl releases on Nurvous, Silhouette and Shanti Records.

He’s very kindly answered a few questions and provided us with an hour and twenty minutes of sonic love. His intentions are made very clear from the get go, it’s going to be funky and its going to be heavy, you will want to dance, don’t be alarmed. You can tell by the tracklist that he has his own identity as a DJ, he plays what he likes and isn’t out to regurgitate the 20 most popular recent tracks. Which although this sounds obvious, it’s not as common as you might think. What begins as a selection of deep cuts of raw house eventually walks backwards through time to a more classic disco aesthetic. Personified by the arrival of Lazare Hoche – Edit A and our personal highlight, Gary’s Gang – Let’s Lovedance Tonight (Jacques Renault Edit).

You grew up in Romania and now live in the Nederlands. What made you choose this spot and has it influenced your productions in any way?

I relocated to the Netherlands because I wanted to do a master study here, now I finished the study this summer and I’m currently working here. The Legendary 1979 Orchestra music project was still in its first phase, I had just come up with the name (together with my best friends) a few months before moving in September 2010 and had only two tracks done (the first solo EP on Audio Parallax). In the Netherlands, while being a student, I found a lot of free time that I dedicated mostly to making music and getting my skills up. I basically just started to sample all the music I had my thoughts on for the last two years. I used to be a hip-hop producer and I was already deep in funk, soul, jazz, disco and everything with a groove. In the end, I think the weather in the Netherlands made my productions more emotional and the (musically oriented) people I met here inspired me to evolve a lot.

You didn’t grow up in a particularly musical household (yes I’ve done my research) so I’m guessing you werent going to sleep on stacks of old vinyls. Do you collect vinyls and Dj on vinyl?

Oh man! Good research! Yea, even though my family didn’t have a substantial vinyl collection, some of my first memories regarding music are the times I would play the Bulgarian vinyl press of “Thriller” and touching the needle to remove dust while flipping sides. Nowadays, vinyl is one of my biggest joys! I’m preparing for this weekend’s record fair in Utrecht, which is probably the most impressive in Europe, gathering sellers from all over! It’s the week I get my salary from the day job, it’s gonna be a good dig! I collect vinyl for about 10 years now. Started with hip-hop, jazz and funk, now I buy mostly disco and house. I try to keep my collection limited to music that I really love or that I would definitely play. Back when I was a hip-hop DJ I used to play only vinyl. I had a small affair with Traktor and a midi controller for a while in the first days of the disco house thing, but my laptop was so unstable I couldn’t bear the stress of it possibly crashing. Nowadays, I play a lot of vinyl, but I do mix it up with a few CDs for those digital only releases. I had to learn to play on and use CD players while on the job, I never owned one.

While we’re on the topic whats the vinyl that you have put out that your most fond of, tough question I know but it’s usually the one your still reaching for after 1000 listens?

Well, I have two actually… The ones I lost my vinyl “virginity” with. First one is the first solo vinyl EP on Diner City Sound. Those four tracks there are the best edits I did so far. Any one of them works awesome on the dancefloor! I still play them a lot, as you can see in the guest mix as well… The second one is the first vinyl on my label, released this September. It was a dream come true for me and I worked a lot for it!

Whats the first record you ever bought? Still got it?

Hehe. I think it’s either a hip-hop album, Viktor Vaughn (MF DOOM) – Vaudeville Villain, or a James Brown greatest hits. The James Brown probably counts because I picked that up personally from a second-hand market, the other was an online order. I think I have three copies of that James Brown LP now. I used two copies to beatjuggle for a turntablism track a few years ago and I had to get another one that I would keep clean.. Juggling records really lowers the quality.

You seem to play a lot of disco sometimes and a lot of house others. Have you found you did the typical journey of starting on disco and falling in love with house?

Yes, I did! I remember the moment that made me a disco pursuer when I read in Waxpoetics about the China Burton 12″, You Don’t Care About Our Love. The story of how it re-surfaced was legendary! After that I started to listen and read up on any disco I could get my hands on. It was in those early days, I found my favorite disco track so far, Tee’s Happy! The build up, arrangement and climax are insane! I was already going out to underground clubs in Bucharest that played a lot of deep house and step by step I started to understand the relationship between the two. I think discovering Motor City Drum Ensemble was what opened my eyes to house. Production-wise I had the same path, started doing disco edits and evolved into making original tracks which are mostly house.

Have you got any funny stories from and gigs you’ve played recently?

I’ve got a slightly funny story. At the end of one of my best sets to a full house, one guy really wanted to make his presence known in the venue and thought it was cool to announce me on the microphone. The thing is, in Dutch, they pronounce numbers differently than in English. Seventy-nine is basically nine and seventy. Anyway, the guy fucked up my name saying nineteen-ninety-seven and the crowd, including me… booed! He corrected himself and everything was cool! A positive highlight was when I did a back to back with Simon Weiss and the crowd was just going wild track after track!

You’ve started your own label recently called ‘Legendary Sound Research’, how have you found the transition from producer to label manager? Have your admin levels gone through the roof?

Well, in this master study that I did, I learned a lot about management and entrepreneurship and I had to apply that in my favorite field. Label managing is completely different from producing, but I feel comfortable doing both. I do everything for my label, from mastering to promo to handling the distributor relationship, and it’s been very rewarding and fun so far! What’s a bit tricky is managing a day job (it’s the one that pays the bills), being an IT researcher (that’s where the label name comes from) and then doing all the music related stuff. It’s a lot of work in limited time, but I’m not rushing it, I’m just doing one thing at a time and getting better at managing time itself.

Who are your favourite producers at the moment?

I think I have over 200, judging by how many people I follow on Soundcloud, and it’s no filler there. Just to name a few recent favorites: DJ Steaw, Kez YM, Bicep, Gerry Read, Ben Sun… All time favorites are MCDE and Morgan Geist.

I ask this question a lot, for personal giggles really. If you could slap any one celebrity who would it be?

Kanye West… love the music, but he has such an ego! It needs a deflating slap! 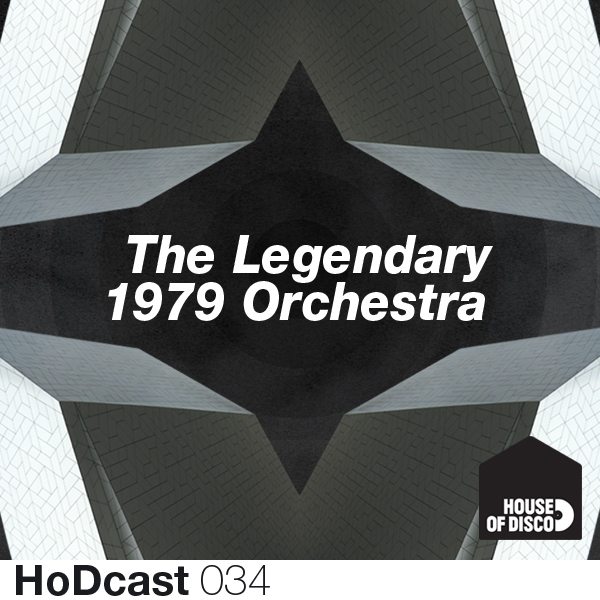