Joining us for the 40th edition of our HoDcast is the latest fully fledged member of the House of Disco, Harry Wolfman. Harry has been on our radar for a long time now and having gotten involved with our ‘House of’ compilation series we felt it was time to get him more heavily involved. The result of which is a collaborative EP between himself and Skinny Love which has just come out on House of Disco (Check it out here). Harry’s roots in Hip Hop are clearly evident in his production sensibilities and more clearly his mixes.

The mix he has done for us is a wonderfully diverse homage to the sounds that Harry feels are most influential to him. Full of neatly wrapped surprises and familiar nostalgia it’s fits the brief for an all purpose mix perfectly, there’s no wrong time to press play on this one.

Listen to this mix on Soundcloud here

Tracklist is below the interview

Who was responsible for getting you into producing music?

No one in particular turned me onto music production. I’d always been in love with music, mucking about with the drums, guitar and a bit of bass (all extremely poorly), forming one or two rubbish bands at school. I was really into hip hop and a lot of the Warp and Ninja Tune stuff in my early teens and that’s when I stumbled across GarageBand on my mums laptop. Simply out of curiosity I started making edits and dicking about with loops. I got pretty hooked pretty quickly and it all snowballed from there. I got myself a copy of Logic within a couple of months.

Do you use much hardware when producing?

Not enough. We have a Microkorg and a Juno 106 (use that a fair bit). I love using hardware, it’s just expensive stuff. Will be looking to invest more into that area going forward. I love the hands on approach.

Who are the producers that most inspired you when you started making music?

At the very beginning I was mostly into hip hop. Spent most of my days listening to anything produced by DJ Premier (Dilla came later for me). I was most into the early Nas stuff and a massive fan of AZ. Illmatic is still the best hip hop album ever made in my opinion. This coincided with the Warp and Ninja Tune phase too. Coldcut, Nightmares on Wax, Mr Scruff, Quantic, St. Germain. All that sorta stuff. So that was happening for me and then I discovered Drum and Bass (and partying). Then everything kicked off basically. Was mostly the techy liquid stuff I liked. Commix, Calibre, High Contrast, Alix Perez, Icicle, early Martyn stuff. I loved the darker stuff too, mainly for the production standard. People like Noisia and Spor. So for a while I was massively into drum and bass and attempting to create it too. Everything evolved from there as I grew up and my tastes matured. I’ve been through just about every dance genre phase there is, which I think (hope) is a good thing.

You work quite closely to the Purp & Soul guys, how did this come about?

Yeh we’re all good friends so it’s nice to be able to work with your buddies. Ben Pearce basically just got in touch directly with me online explaining his label plans etc. I had just had an EP out on Kote records and I guess they liked it. This was way before What I Might Do hit the stores, I think Solomon had just picked it up and it was getting played about. He seemed cool, so did the other guys and we took it from there. It was only later on that I became aware Ben had potentially written a hit record, so was a real honour when he asked me to have a crack at the remix.

How do you feel your musical taste has evolved over the last few years?

I must have been through just about every phase there is. In terms of dance music it started with drum and bass, then breakbeat, some indie electro stuff, then dubstep, then electro house, then progressive house, techno, then tech house… Then finally scouse house. Just kidding. Started getting into slower deeper house music and finally sort of settled around that tempo. Outside of dance music there’s always been one genre in particular that’s remained prevalent throughout and that’s funk. The Meters, George Clinton, Parliament, Herbie Hancock, Prince…. Etc etc. I just can’t escape that shit. It’s that one style of music which you literally cannot do anything but move to, and I love that.

What’s the best gig you’ve ever played and what set it apart?

It’s hard to say. Air in Amsterdam a year or so ago was amazing. Just an electric atmosphere, the Deutch are such great people. Really got to go for it in terms of what I could play without feeling particularly restricted. All on one of the best sound systems I’ve heard. I’d say The Drop at Secret Garden Party this year too is up there. Just a combination of a very well ran festival and good people there to have a good time, not to mention the good weather. All the right ingredients.

Who’s your favourite dj/live act at the moment?

Hmm. Always a tricky question. I always love Move D’s DJ sets. James Zabeila, always super impressive with his gadgets and that. Floating Points is definitely one of my favourite selectors, particularly when it comes to funk and soul. In terms of live stuff, I DJ’d after this Frenchmen FKJ (French Kiwi Juice) last weekend and his set was wicked. Jamming keys and guitar effortlessly, really enjoyed that. Bonobo live are always incredible. Just noticed D’Angelo’s back in the UK soon, will be hitting up one of those shows for sure.

Do you have anything coming up that you’re excited about and think we should know?

I’ve got another EP for Purp & Soul coming in December featuring my brother’s lovely girlfriend Ella Chi on vocals. She’s incredibly talented and I hope everyone digs what we have to offer. Vessels and Waifs & Strays are on the remix. Will also be a follow up EP (potentially 2) for the Lost My Dog guys early next year. I’m also working on a new techno project with Jouhl. This is called Olerton, will be news on that front soon. Aside from that gigging and writing basically, the usual.

You have a few brothers, are you guys partners in crime?

That is right, I have 3 brothers. We’re a bit of a unit. I live with Luke, we used to run Wolfstock together but it’s on hiatus at the moment as he’s dead busy with his newer venture Cirque Du Soul, which is doing extremely well and I’m focussing more on making music. The other two, Sam (the eldest) and Joey (the youngest) tend to just come to the parties, irritate the women and drink all the booze.

Can you list your top 3 sleazy guilty pleasure tracks? 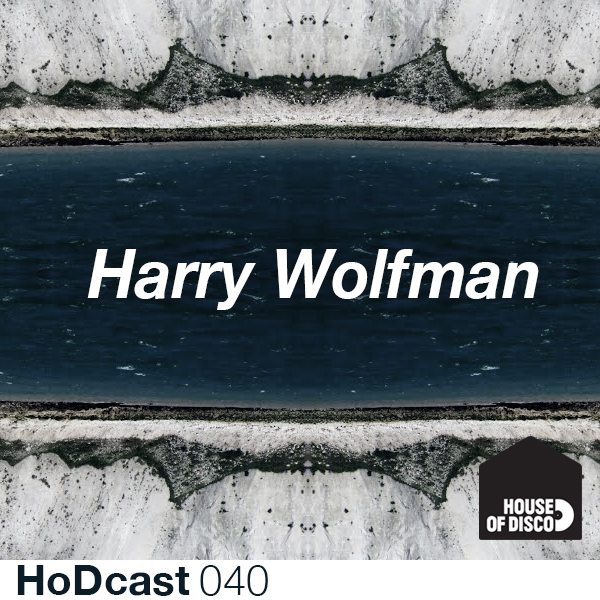