Today’s guest mix is from a duo of producers Daniel Leseman & Hans Peeman (Junktion) that have recently joined forces under the moniker Fouk. Responsible for some of our favourite productions over the past year these guys and their new label Outplay are certainly on form. It’s always a bit of an experiment when two producers join forces and very often it doesn’t quite work, however their styles, bolstered by their friendship, have joined seamlessly (or so it appears).

Their mix for us today is full of funk, samples, groove and good records, just what we’re after. A particular highlight is the new Hauke Freer track and one from ‘Somethin Gunny’ we’d never heard before.

Listen to this mix on Soundcloud here

Tracklist is below the interview

Thanks for stopping by guys, firstly tell us a little bit about your musical background, what did you grow up listening to?

Hans: Happy to do it! My family listened to lots of different genres from Jackson Browne to Jazz. My mom is the real music lover in the family, so I guess I get it from her 😉 As a teen I started out listening to The Offspring then shifted to Wu Tang Clan, Mobb Deep and that kind of stuff before settling on house & trance (quite a journey, right?). But I always had a thing for the funkier side of music. When I was 16 and buying records, Daniël and I wanted to know how all these tracks were made. That started it all.
So we started making tracks in our attics at home and that eventually led to some releases back in 2004/2005. I’ve never been classically trained, I’m self taught.

Over the years I got more and more interested in the deeper kind of house. I also started to listen to music from the 60s/70s/80s a lot more, I find it really inspiring. After a break in making music during my studies I picked it back up again and over the last few years I’ve finally gotten the sound I wanted.

Daniël: I’ve been listening to dance music since the early 90s. And I listened to my dads classical music which he had on cassettes and vinyl. It wasn’t until my teenage years that I began to grow an interest for older music from the 70s/80s. I’ve had musical training at early age playing the electric organ and I studied sound design, so it’s been music and sound for me pretty much every day. 🙂
When I started buying and playing records in ’99 I was really into trance and progressive. Over the years I developed a taste for the deeper styles of house and todays music is heavily influenced by the funk/soul sound from the 70s and early 80s.

You both produce under different aliases, did you find the compromising a challenge once you started collaborating?

Hans: Since we’ve been friends for such a long time, it’s not so much a challenge really. Then again we’re both control freaks and really headstrong, so I won’t say we never clash in the studio. But that’s all for the best, haha. No, thankfully we’re almost always thinking along the same lines. We never have the feeling that we really have to compromise.

We keep each other sharp during the creative process, bouncing ideas off each other…One of the best things in making music is finding that state of energy when you’ve made something with the perfect groove that makes you all giddy and you’re bouncing and moving like a fool behind your desk, haha.

Daniël: Couldn’t agree more! 😉 Collaborating is something we’ve always wanted to do. Actually, one of the first records we’ve released was a collaboration back in 2004.

Has the collaborating helped you both as producers? In what way?

Hans: It sure has. Daniël has always been stronger than me in the technical production side. I learned a lot from him in that area. And creating something is easier when you’ve got somebody to spar with. Being stuck in your own creative bubble can be a bit limiting sometimes. We always send each other our snippets/tracks, so if we’re stuck on a solo project there’s always someone to give their fresh view on it.

Daniël: With my musical and technical background I got sometimes stuck in the general rules of composing and producing music. Hans’ approach to music production is bit more free. I learned from him to let go of the technical side during creation. We think that our Fouk project is the perfect fit between both of our work flows.

Who are the producers out there at the moment you find the most inspiring?

What’s the best gig you have played recently?

Our gig at Studio 80: The Great Escape with Detroit Swindle, Glenn Astro and Damiano von Erckert. We had the 2nd room all to ourselves the entire night. There was a great atmosphere; people were having a great time and it stayed busy until the end.
We had a blast as well!

What’s the most irritating thing about working in music and depending on it to make a living?

Hans: Labels that don’t pay. For instance, I have made a remix for a label and I’ve been asking after my fee for months. Only to be told recently that they’re closing shop, cancelling the release and wishing us good luck with everything. Without paying the fee of course. The way the label owner has handled things really makes my blood boil.

We’re just at the start of really making a living out of it, so ask us again next year. I’m sure we’ll have more to tell 😉

Whats the last record you both bought?

Daniël: The last record I bought is a while ago. I think it’s the latest Tartelet release.

Whats the next record you are releasing?

Our next EP will be on Heist Recordings. We’re really psyched about that one! We also have a couple of remixes coming out, for Razor-n-Tape and Fifty Fathoms Deep.

You started a label together, how do you find owning a label and how does it differ from what you expected?

We started out with releasing digitally, but it has always been our dream to do vinyl releases. We really didn’t expect much at the start. Especially when we made the leap to vinyl. Everybody told us that if we’d be lucky we would barely break even releasing vinyl. We couldn’t have hoped for a better response on the releases so far!

We did everything ourselves except for the mastering/cut/pressing. We made the music, Hans did the artwork. So we kept the costs down as much as we could.

Was releasing vinyl always an important part of your label?

Releasing on vinyl is so much more satisfying! You actually have something physical you can hold, something with proper artwork. We never had that feeling with digital files. If you delete it from your HD it’s gone. And people tend to forget you more easily because of the huge torrent of new digital releases every day. So just doing the digital thing isn’t working for us.

Our release schedule is quite full at the moment. We have a few new EP’s and remixes lined up for this year. And of course we plan to play records quite a lot 😉 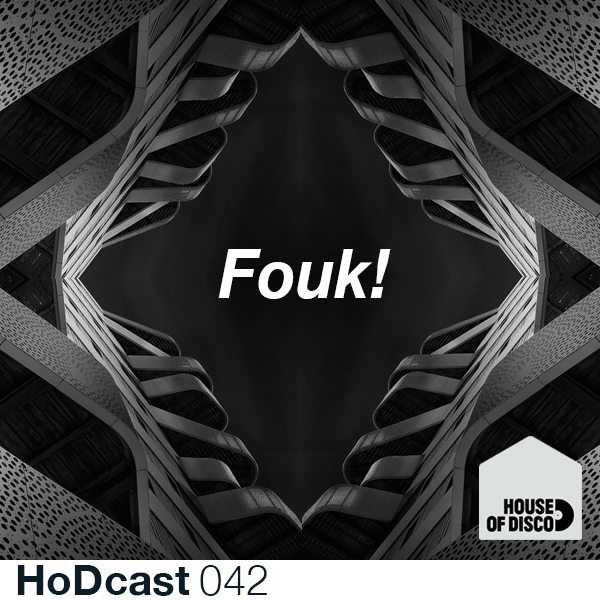